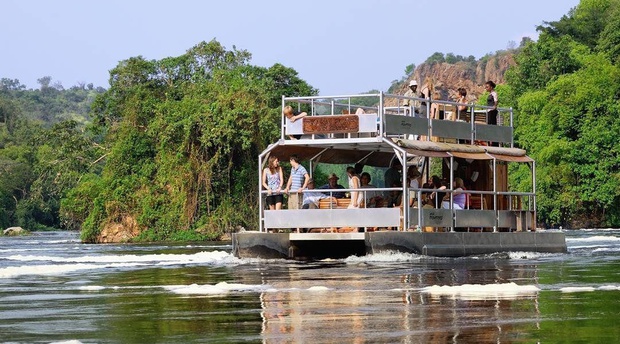 Murchison falls national park is the largest and oldest park in Uganda located in the north western part end of the Albertine rift valley. It covers the districts of Buliisa, Nwoya ,Kiryandongo and part of Masindi, measuring approximately 3893 square kilometers.
Murchison falls national park is bisected by the Nile the longest river in the world, it also lies on the shores of Lake Albert which is shared by Uganda and DR Congo, lying over the Bunyoro escarpment and around Karuma falls wildlife reserve.
Murchison falls is also known as Kabalega falls and this was the name before Sir Samuel Bekar renaming it to Murchison in reward to his boss then Rodrick Murchison who was he president of the royal geographical society, it’s between Lake kyoga and Lake Albert on the Victoria Nile. River Nile forces itself through a narrow gorge less than 33ft wide forming the mighty Murchison falls where the park derives its name.

The Association of Uganda Tour Operators (AUTO) where Mj Safaris Uganda is a member has donated beans and maize worth sh25m to sustain the more than 1500 rangers spread across the country during the greatest emergency during the LockDown period while the country is combating itself against the Corona Virus Disease (COVID 19.)

Kagulu rock, Kagulu hill is a cultural site for Busoga Kingdom and now a well developed cultural tourism site, in Buyende district 40kms from Kamuli district and 100kms from Jinja city. The site is 180kms from Kampala the capital city of Uganda and takes 4 hours drive to get there, giving visitors great scenery after hiking the 3600ft Rock.

River Nile explored, but not exploited

Latest from our blog

INDEPENDENCE IN THE WILD 2021